Some of you have asked what the solstices are physically, so pardon if this gets technical and too much like school. I try not to be technical in my blogs, but this is an exception. And I include some diagrams to help spell it out.

Our Earth orbits the Sun in essentially a large circle that takes one year to go around. That one- year circle or orbit describes a horizontal plane around the Sun called the Ecliptic or Zodiac.
Earth sits in the ecliptic like a spinning top. However, the Earth does not sit up in its orbit with its north pole pointing straight up toward the north pole of the ecliptic. Instead it is tilted in its orbit by about 23.5 degrees. Earth has a perpetual list or tilt.

It follows that at the spring and fall equinox that Earth is midway between the solstices, thus equal parts of day and night. These four points, the two solstices and the two equinoxes define the tropical zodiac used by most western astrologers.

The winter solstice is the point where Earth is the most tilted away from the Sun for those of us in the northern hemisphere. This is the longest night and the shortest day. From the moment of the winter solstice the Sun starts to move northward and each day after that is a few minutes longer.

Is it no wonder that in the past the winter solstice was celebrated and I mean celebrated? The Sun returns, the darkness gets no longer, the days grow with sunlight from this point onward. Even though I have my iPhone and iPad and so on, the sheer physical event of the solstices still control our lives. We measure time by the motions of the Sun, Earth, Moon, and planets. Is it so hard to understand that astrologers like myself take these celestial movements seriously? 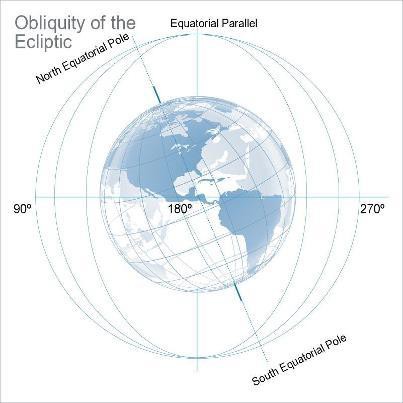 Return to “Solstice and Equinox”