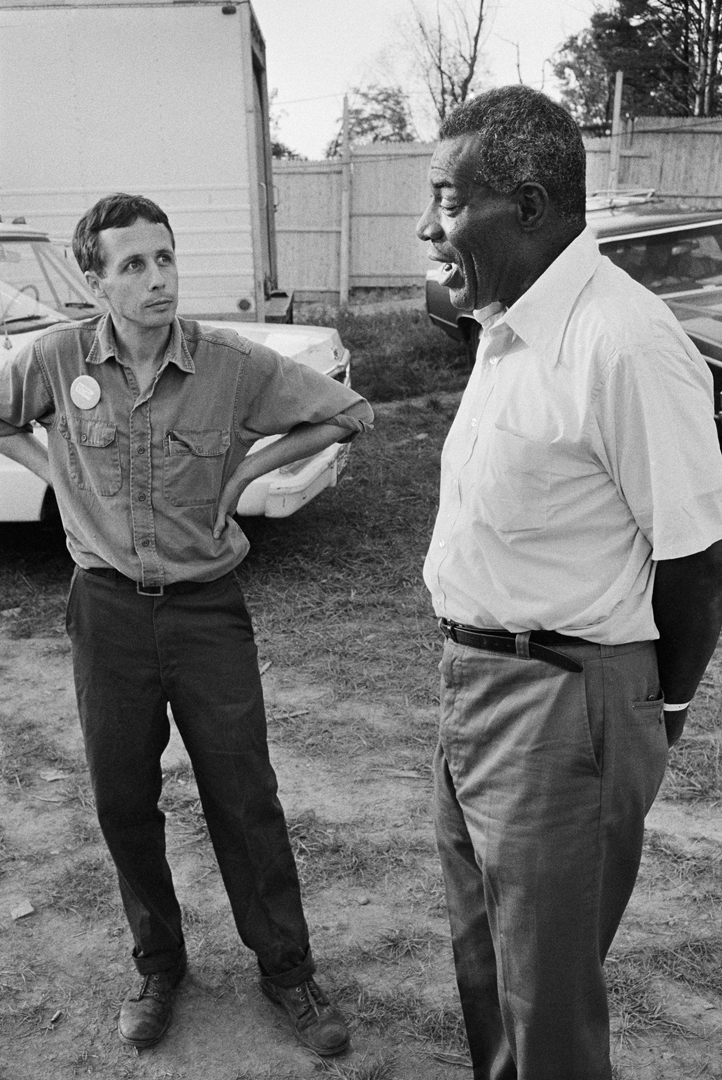 Also my video of the festivals is now available here: https://www.youtube.com/watch?v=2NZL_KDI59s

Here is an interview that I did with the legendary Howlin' Wolf. It was the 1969 Ann Arbor Blues Festival and there I was backstage talking with Wolf. It was just the two of us standing in the open sun and it was not your normal interview.

As I stood there listening to this huge man, I flashed back to some years before when I had seen the Wolf performing live in a small bar at the north end of Chicago late one night. There was no one in the place, just Howlin’ Wolf and his guitarist Hubert Sumlin. My brother Dan and I stood somewhere at the back of the place and it was very dark. Wolf was way up to the front, with one small light playing on him. He was sitting on an old wooden straight-backed chair. It was all light and shadows.

And Wolf was singing as only he can sing, and his music not only filled the room, it actually took over all sense of time as his laser-like voice penetrated deep into my brain. For a while, I lost all idea of who or where I was. The walls of the room just went transparent, as did my body, and I found myself suddenly thrust outside of time, beyond any sense of myself that I knew, somewhere out there on my own in this vast universe, just a mind floating there. This was more than just music. This was a life initiation, as I believe you will get a sense of from reading my interview with this great bluesman.

“Some of them said years ago. ‘We will never make it to the moon.’ I said: ‘You never know.’ Today, we settin' on the moon and got a flag up there. You understand? But they told me that we couldn't do that. Don't never say what we can't do.”

“Next thing, I'm looking for a man walkin' down the street with no head on his body. And if they say they can't do it, I'm gonna' tell 'em, ‘You're wrong.’ He gonna' come down

sooner or later. That's right. This is of the day. He will have no head and be all heart, just one big heart.”

“Because these performers probably have the biggest hearts in the entertainment business, and there were thirty or forty thousand kids here trying to learn about heart, about understanding, about developing their hearts. Thousands of hippies, hipped up children, with great big heads and tiny hearts, trying to lose that big head and get that big heart. The big head and the hard heart of modern rock and roll and psychedelic music has gone as far as it will go. The heart just has to be developed and this, the first of all the blues festivals, promises much to cross the generation gap and bring the old and younger Americans closer than they have been for the last decade. Because blues performers have big hearts.”

“I'm not a smart man. You see, I got a little head and a big heart. Because blues is based on the common ground shared by all people, black and white, young and old. Blues is the story of the human life, of its loves and struggles. All rock and roll, all jazz, all American music finds its roots in gospel music and in blues. Blues is not unhappy music.”

“A lotta' people sing, but they don't sing with no understandin'. When you repeats your words, make sure to make some understanding of what you're sayin'. Those men played a clear guitar. They made clear notes.”

“But, I'm a funny kind of person. I don't never want to take advantage of nobody, and think I'm takin' advantage of… you know what I mean. Let the peoples have it. Then if anything for me, it will come by, and I'll get that.”

“Well, now anytime anything is pushed back, sooner or later, they gonna' bring it to the front. They can't keep it hid always.”

“I'll tell you. when people can't make or use you, they don't need you.”

“There ain't gonna be no trouble. Somebody gonna' come on up to the front and say "I am the man. I'm sorry," That's right. There ain't gonna' be no hard feelings. He didn't come for no trouble, but he gonna' sure let you know that he are ‘the man.’ Supposed to be.”

“Just like a flower. You see, we're trampin' on this grass. We stay here a couple months and tramp right around here, we gonna' kill it. Just as soon as we stop trampin', the first warm sunshine, and then the grass gonna' start a growin' again.”


“You don't never learn it all. You just learn some portion of it, and be able to, you know, entertain. And I play a certain portion of harp and a certain portion of guitar. I'm not a smart man. You see, I got a little head and a big heart. That's all I need. You take people. When they got a big head, they don't make it far”.

“You're supposed to make it pleasin' to the peoples ears, then they don't mind listening to the tune.”

“I heard a negro, howlin' and moanin'. I said: I take it from you. He was an old man. I said: I'm gonna' take that someday and make something out of it. I took that howlin' and that yodelin' and put it together and made me a thing of my own.”

“I don't mean to be funny, but if you let me, I'll show you, and tell you, if you will accept it. But if you think because I'm a Negro, and you're not supposed to be told nothin', you understand, you're wrong. You're supposed to be told somethin' by anybody, when you're doin' wrong.”

“Take a learnin' from anybody. Somebody can always tell you something that fit you.”

“I hope I don't talk too much. No, I don't know. I'm just tryin. So, now that's a lotta' ground your covering, when you say you know better than me. I just know some of the things that are supposed to be done. When you say you know it, that covers the whole world.”

"Some people don't want to tell you how it is, but I'll tell ya.”

“I don't have no education, see. Now you can take my sense and put it in a paper bag and it'll rattle like two nickels. But you see, understandin', that's all I need. Common sense, that's all a man needs now, common sense. Just get you some common sense and pass on by.”

“Some of the music is too loud today, because it knock the eardrums to your ear. Them high speakers, tall as that fence there, is blastin' your ear down, all the time. Boom.
Bam. Bing. You know what I mean?”


“That's uncalled for. You hear that? I played on a show one night, and I went home and cut myself all up and down the back, because I heard that thing in my sleep. It's too loud. I'm sorry. Ain't no need in me tellin' you no lie. It's too loud. That go for the white boy, and the Negro boy, and any old Mexican, anybody! When it's too loud, it's nothin' but ‘knockness.’”

“Knockness, just some stuff comin' together, and you don't understand what it mean.
That's

what you call real garbage. That's the worst garbage in town. That's right, but the peoples eats it up. Just like the rabbit eatin’ the carrot. What's up Doc?”

Return to “Blues and the Ann Arbor Blues Festivals”