WHAT ABOUT GOD?
August 1, 2011
By Michael Erlewine (Michael@Erlewine.net)

[Photo: Here is a photo of His Holiness the 17th Karmapa that I took on his first trip to the United States in 2008. For those interested, there is a whole free e-book of pictures I created of that visit here:


After so many years, after so many dharma practices, to discover in simple Shamata meditation all that is needed, the basis for it all, and to end a long journey at the place where I first started. Of course it makes sense.

The hidden secrets of Tibetan Buddhism have always been “self secret,” hidden from us not by the intent of the lamas but by the fact that the very obviousness of what is said to be “secret” escapes our ability to grasp its subtleness. We lack the awareness, plus the one place we would never think to look for our essence is in plain sight. This is the sort of thing koans are made of.

I discovered that the secret of meditation is not to be found anywhere in the outer world, but only as I gradually learn to ignore life’s distractions, turn my eyes away for moments from this dazzling outer display, and settle my gaze within – letting my mind rest. As my first real teacher,

a Rosicrucian initiator, used to endlessly say to me: “Michael, if you spend all your time in the sideshow, the main tent will be gone.” How long it took me to realize the meaning of that phrase is embarrassing.

The world of Tibetan Buddhism, when I first encountered it, was so elaborate, so colorful, and well, so foreign, that I was in many ways repelled by it. Luckily, my Catholic upbringing had already accustomed me to similar colors, a foreign language (church Latin), rituals, and extensive elaboration. But it was not the Tibetan rituals or diaspora that kept my interest, but rather the clarity of mind of the Tibetan lamas and rinpoches. That clarity is what I most lacked and thus most wanted, and the lamas pointed out that clarity of mind can be learned through meditation practice. In other words, I was not condemned to the confusion I continually found myself embedded in. It was not my natural state or condition, but something I could work with and eventually out of.

At that time I had no money, no real job, no status, nothing much at all in worldly terms. My mind and artistic sensitivities were my most precious possessions and the Tibetans are all about training the mind. In my life up to that point no one had ever spoken to me about training the mind itself. Sure, I could learn math, philosophy, literature, and study whatever I wished (and did), but I had never before been told that the results of my interests or studies depended on the quality of my mind going in, the mind I brought to any task. I never thought of that. No schooling had ever mentioned it, not even a word.

It is like seeing the world through a pair of dirty eye-glasses but not knowing you are wearing glasses and that the pair you have on is dirty. No wonder everything looks funny. All I had to do was to clean my mental glasses.

In my life, through all those years of schooling, the quality and stability of the mind itself had never been questioned. I, like all those I knew, naturally assumed that the mind, just as it came with birth, was perfect and good-to-go. All I had to do was apply myself. It was the Tibetan Buddhists who first pointed out to me that the mind itself, like any other instrument, requires practice and training. As they say, “Who woulda thunk it!” Not me.

An untrained mind could study Greek, Latin, and any old philosophy and still come up empty of meaning or with a meaning as through a glass darkly, which is almost no meaning at all. Of course I had observed this: the endless education by many of my friends around me, but still no real knowledge or basic common sense.

My interest in Black studies gradually waned when I met the Tibetans. Not only did the Tibetans have common sense and real life experience, but they had a clearly-defined method or way for me to learn it as well. That is what the “Dharma” is all about, a way or path to greater awareness. And that path does not depend on some higher power to get the job done, like a god or super being.

Buddhists are non-theists, which sounds kind of blasphemous until you understand it. For myself, I was raised “theist,” meaning there is a god up there looking out for me. Only, in my

case god and I had not been in touch much and I felt like I had been kind of lost in the shuffle of life as regards god’s care. The fact is that I did not know for sure one way or the other whether god really existed. It seemed to me that I was pretty much on my own, but in truth I didn’t know much either way.

My Catholic upbringing had kind of ground to a halt in my teen years, and I had been waiting for the next step to appear for a very long time. And here come the Buddhists suggesting that rather than waiting on god to rescue me, why don’t I get off my duff and rescue myself. The Buddhists pointed out to me that whatever is divine or good in the world is not just somewhere out there, but also and especially something right in here, in our hearts. In fact, it takes one to know one and I was already part of the ‘divine’, not forever separate from it. This is what I had intuitively always felt.

I wish I could tell you how many times I approached the Catholic nuns and priests during my upbringing about my idea that the best part of me, aside from the sinner, must be the same as Christ, must be like Christ. Make sense? But I was told over and over that Christ was the Son of God and forever separate from sinners like me in all ways - always. I even went to the Jesuits (supposedly the philosophers of the Catholic church) with this same question, only to be told that the best part of me was not equal to the worst part of Christ. This I refused to accept.

Non-theists are not ‘anti’ god or somehow heathen, but simply suggest that what they call Buddha Nature, the spiritual or whatever-we-want to-call it, is within each and every one of us. We are already that and not separate from it. This was the answer the Catholics refused to offer me. This was the answer that intuitively made sense.

Furthermore, the Buddhists point out that Buddha was just a human like we are, but one who managed through his own efforts to enlighten himself. And the method or path he used to do that is called the Dharma and that path is open to any of us at any time. All we have to do is try it.

Anyway, while I was waiting for god to help me out I thought I might as well try to help myself and see about this path that the Buddha had pointed out, this dharma. I know, as a Christian I was taught “God helps those who help themselves.” Perhaps all religions are doing the same thing, but as awesome a picture as my Catholic upbringing painted, there was very, very little there about exactly what path I personally should take to salvation, aside from faith and prayer, which were not granular enough for me. I needed a 12-step program to enlightenment and the Buddhists provided it and much more. I apologize if I sound like an evangelist. I am just grateful to have found something that works for me.

For the Buddhists, it is all about the dharma or path, method, and the steps you can take to awaken yourself. As mentioned, while I was waiting for that revelation from god, I thought I might as well take some baby steps to help myself, and that is how I got into dharma practice. And it works. 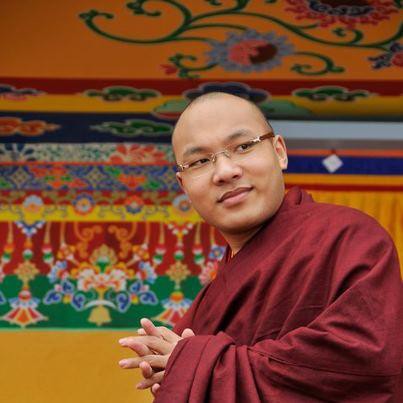 Return to “The Karmapas”